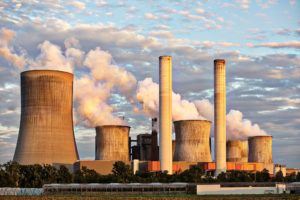 The Inland Empire is usually more affected by recessions than Los Angeles County, according to the 2022 State of the Region report. So, what has changed and what has been different since 2020? Every recession affects a different set of industries hardest. The 2001 recession was concentrated in tech; the 2008-9 recession in housing. Perhaps the differences in the industrial concentrations of the Inland Empire and LA County explain the IE’s surprising stronger relative performance since the pandemic.

The graphs below show the fraction of pre-pandemic employment in the Inland Empire and LA County. The bubble size demonstrates the size of the industry, and the red-green scale demonstrates the effect of Covid.

This graph shows the differences in industry growth and employment between July 2019 and July 2020. Most industries experienced a severe employment hit due to Covid and there is little obvious skew towards one county or the other.

The second graph depicts the differences in industry growth and employment between 2019 and 2022. The hypothesis supposes that industries with more growth would be localized in the Inland Empire, but the distribution of “green circles” is even throughout the graph, showing industry growth has occurred both in LA County and the Inland Empire. True that LA-dominant industries such as finance and arts continue to suffer, but other LA-centered industries such as professional and technical services have done well. The data do not support the hypothesized broad-based industrial concentration story. There is, however, one spectacular outlier: transportation and warehousing. Is it possible the Inland Empire’s recent performance can be attributed to one industry? The Inland Empire’s biggest industry, warehousing, employed 6.76% of the Inland Empire in January 2019. This increased to 9.35% in January 2021. While the pandemic reduced employment in most industries, the Inland Empire’s biggest sector saw tremendous job growth as, during the pandemic, people pivoted from spending on services, which were shut down, to spending on durable goods, which are shipped from abroad, through the ports of LA and Long Beach, to Inland Empire warehouses. This sector alone has created 70,200 jobs in the IE between 2019 and 2022, representing 3.39% of the IE labor force. At the same time, only 14,300 jobs, 0.28% of the labor force, were created in this industry in LA county. The Inland Empire’s stronger performance since the pandemic rests largely on the back of a single industry that has been boosted by the peculiarities of the recent downturn. Whether these unusual consumption patterns and the concomitant boost to our region will last is the 64,000 job question.