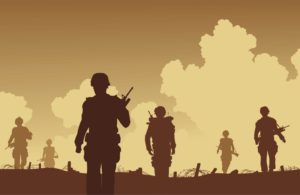 When news of Russia’s encroachment into Ukrainian territory began, the global stock market immediately responded. Meanwhile, countries rushed to impose sanctions and called diplomatic meetings to address the dire situation. By early March, 141 countries had condemned Russia for its invasion at the UN and vowed to deliver consequences. As this catastrophic event shook the world, countries were forced to reevaluate their relationship with Russia, including trade relationships. Analysis by the Lowe Institute considers the impact of a country’s trade relationship with Russia on that country’s stock market index.

The article constructs a data set of 75 countries and a model to explore the impact of trade connectedness with Russia on a country’s stock market index following the outbreak of the Russo-Ukrainian war. We looked at the change in stock market indices and concluded that Russia’s invasion more heavily impacted the stock markets of countries that had stronger trade ties with Russia. The degree to which they were impacted varied based on our method of analysis. We used data from the Observatory of Economic Complexity on the level of exports and imports each country had with Russia. Additionally, we used Bloomberg data on the daily prices of stock market indices. To calculate the change in each country’s index, we used February 24th, the day of Russia’s invasion, as the start of our event study. We then took the difference between the returns from a two month period before the 24th and the returns from two months after the 24th. We decided to create four windows by also calculating returns for one month, two weeks, and one week before and after the cut-off on the 24th.

To build out the statistical analysis and control for other factors, we used an OLS regression model. In the model, the outcome variable is each country’s change in the stock market index measure, which depends on which window we used (two month, one month, two week, or one week). The independent variable is a measure of trade magnitude between each country and Russia. The six measures of trade magnitude we employ are different variations of the importance of Russian imports and exports to Russia for each country relative to total imports, total exports, and GDP. For example, we add imports and exports a country has with Russia and divide the value by that country’s total imports and exports. In addition, we control for the average Covid-19 deaths for each country over the periods we examine and whether a nation had imposed sanctions by early March.

Our results demonstrate that larger trade magnitude measures with Russia are associated with a decrease in the change of a country’s stock market index. More specifically, we found negative and significant impacts of trade magnitude on stock market changes in our one month, two week, and one week windows. Furthermore, the results were most significant for the one week window, with 99% confidence for a couple of the model variations. This confirms our hypothesis that the more trade a country conducts with Russia, the more the stock market of that country would be impacted by the onset of the conflict. This is intuitive as countries with an export-heavy relationship with Russia will have less import income following disruptions to Russian exports. Similarly, countries that depend on Russia for imports may experience a goods shortage if the nation imports goods that Russia can no longer supply. It is also interesting to note that this effect is most pronounced in the shorter periods, especially the one week window, while there are no significant results in the two month window. Widening the time frame to two months results in factors besides the war impacting the stock market. As a result, it is intuitive that the longer time frames provide less significant results.

Russia’s invasion of Ukraine had detrimental effects on not only Ukraine but also countries that are dependent on Russia. Several countries have begun reducing their dependence on Russia to ensure they are less negatively impacted by the war and other future developments of this crisis. For further analysis, it would also be interesting to examine the results by breaking down trade with Russia into different sectors. The impact of dependence on Russia for energy might be particularly intriguing.