Skip to content
HomeHousing and CommutingEnergy Consumption in California: Why Population Density Matters

While California only ranks 11th in the country in terms of overall population density, it ranks 3rd in average perceived density, the density the average state resident experiences. Only New York and Hawaii have higher average perceived densities than California, and curiously the two states with lower levels of per capita energy consumption than California are, you guessed it, New York and Hawaii. 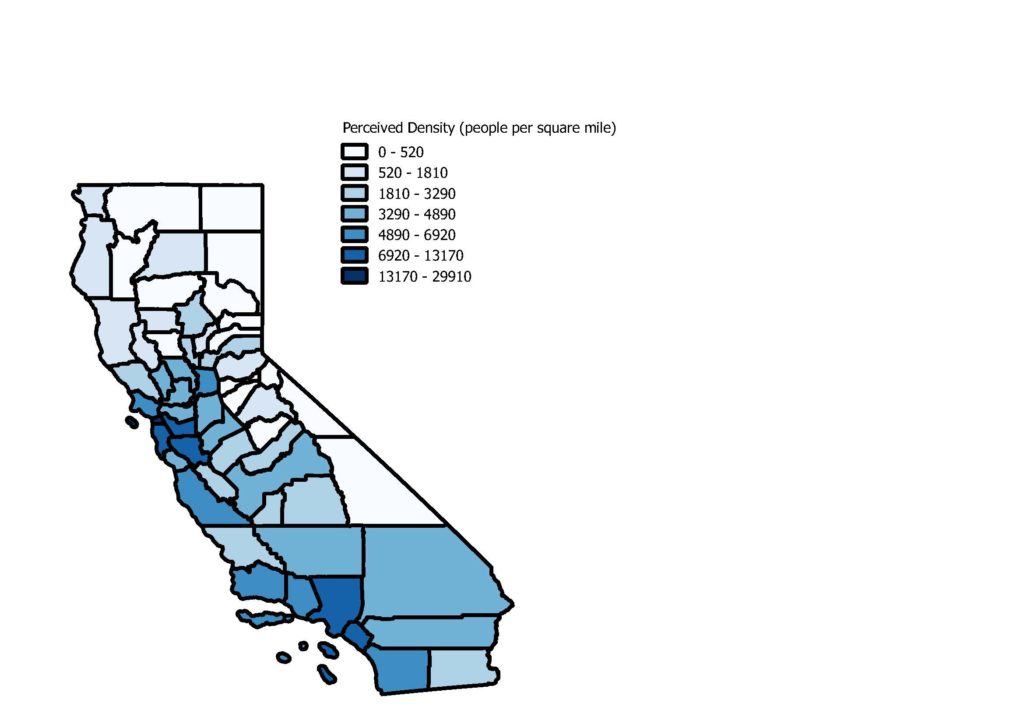 Averaged perceived density appears to be an important factor when considering the variation in per capita energy consumption within California too. While the average California resident consumes just over 3,200 KwH of electricity per year, there are stark contrasts in electricity usage on a county-wide level. For example, residents of Monterey County used on average 1586 KwH of electricity in 2017 whereas residents of Mono County used on average 6565 KwH, over four times the amount. Looking at differences in the population densities of California’s counties can help us begin to understand some of this variation in residential electricity consumption. 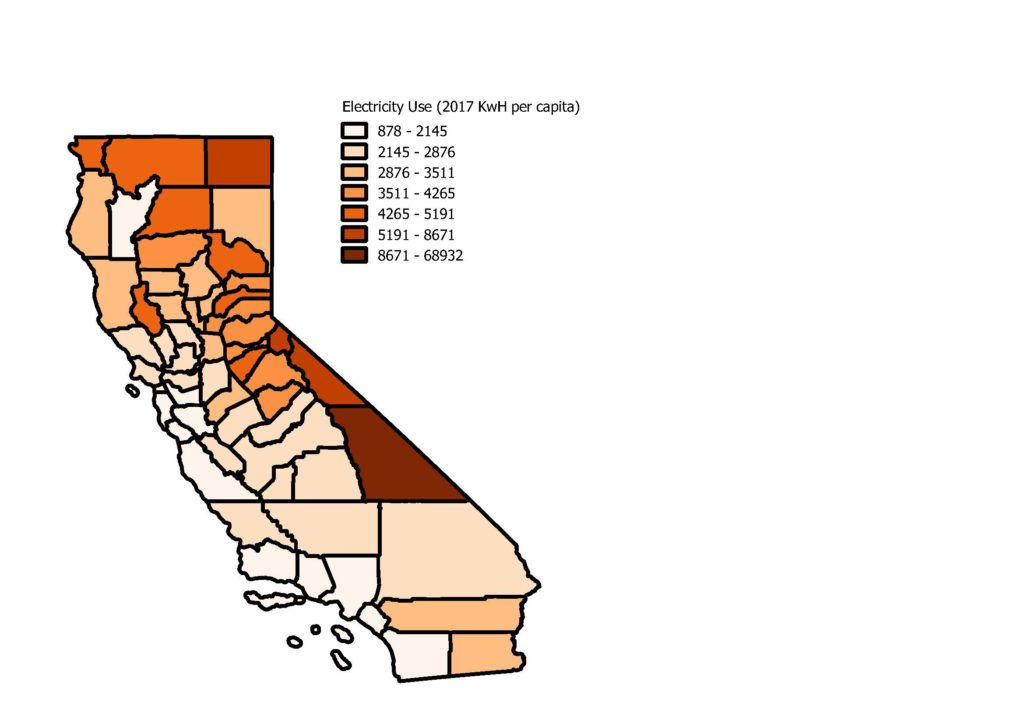 Regressing per capita residential electricity consumption on average perceived density for each county of California yields clear results: population density can explain nearly 65% of variation in per capita energy consumption. 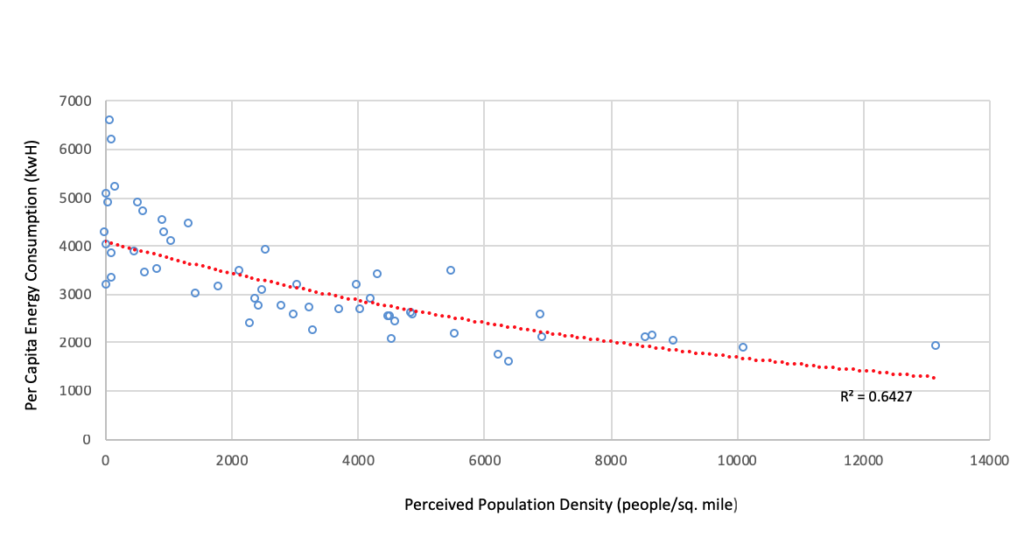 The data demonstrate that more densely populated areas of California tend to use less electricity per capita than more sparsely populated areas, but why is this the case? The role of climate is once again important to note, as many of the most populated counties of California lie along the coast or in generally more mild climates than their rural counterparts in the eastern portion of the state. Perhaps more importantly, densely populated and urbanized areas tend to be composed of a higher percentage of apartments in multi-unit buildings and a lower percentage of single-family houses. While not necessarily more energy efficient than single-family houses, apartments consume less energy overall due to their smaller size. And because there is no significant difference in inhabitants per household between urban and rural counties in California, the lower overall electricity consumption of apartments therefore translates into lower per capita consumption as well. Moreover, rural customers are less likely to use natural gas for heating and more likely to use electricity. (There are other sources of variation in electricity usage such as the prevalence of central a/c or the availability of gas hookups for dryers but these are unrelated to population density.)

In addition to household and dwelling size, demographics can help explain why population density influences energy consumption. A review of socio-economic factors affecting household energy consumption concludes that the age of a household’s inhabitants plays an important role in determining the level of energy consumption. More specifically, per capita energy consumption increases as the head of the household ages, due to an increased amount of time spent at home, a lower willingness to invest in innovative energy-saving home technologies, and a greater emphasis placed on personal comfort. A recent study from the Pew Research Center shows that rural counties across the US have a higher percentage of elderly inhabitants than suburban or urban counties, and that these rural counties are continuing to grey faster than their urban counterparts. These findings indicate that there are multiple causal mechanisms through which population density affects per capita energy consumption, and that factors such as demographics, dwelling type, and even consumer attitudes are very much intertwined.

Overall, California is a national leader in energy efficiency and low per capita consumption, but recognizing the underlying factors that play into electricity consumption are important to keep moving the state in the right direction. While some factors such as climate are out of our control, the majority aren’t. The data suggest that investing in energy-saving technologies and living in smaller homes in temperate, urban areas will not only help reduce your environmental footprint, but put more money back in your wallet.