Skip to content
HomeUncategorizedRegulations carving out a path for new businesses? They may be less important than you think. 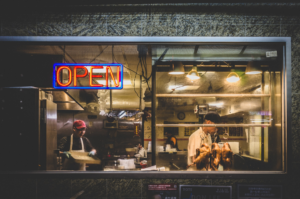 Regulations carving out a path for new businesses? They may be less important than you think.

During the first year of the COVID-19 pandemic, over 200,000 businesses closed permanently in the United States. The rollout of effective vaccines lowered the risk of infection and death for many Americans, and it also launched an economic recovery enabling new businesses to open. Arguments erupted over the role of local government regulations, from mask mandates to dining capacity limits, on shaping business activities. While it is too soon to fully evaluate COVID-19-related regulations, this economic fallout prompts one to ask how states facilitate (or hinder) business openings more broadly.

As one of the few factors completely within human control that varies across states, one explanation for different rates of new business openings is different regulations. The sheer number of regulations facing entrepreneurs may create substantial barriers to entry, preventing some from starting a business. In addition to regulations creating direct new compliance costs, the challenge entrepreneurs face understanding complex regulations may pose additional barriers to entry.

A George Mason University Mercatus Center policy brief provides data on the complexity and length of regulations by state. The three variables used in the brief to measure regulatory complexity include the average number of conditionals per part of legal code, the average sentence length per part of code, and the Shannon Entropy score for the regulations. Shannon Entropy measures the amount of information stored in legislation text.

Conditionals refer to terms in state code that suggest additional specifications on how to apply a law; examples of conditional words include “if,” “when,” and “except.” In practice, legislators often use conditionals to create “carve-outs” in state code. Carve-outs refer to exemptions within legislation that ensure particular policies do not apply. As lobbyists and special interests often work to limit regulations from negatively impacting groups or industries, they encourage policymakers to include carve-outs.

California’s Proposition 22 provides a recent example of a high-profile carve-out. Believing that gig economy drivers should be classified as employees and receive employee rights, the California State Assembly passed a bill to do just that. Uber, Lyft, Doordash, and similar apps’ drivers were fully established as independent contractors prior to Assembly Bill 5 (AB 5). AB 5 created a three-part test to determine if a worker is an employee or independent contractor. This change in worker classification prompted a months-long political battle among interest groups to amend the state code. On one hand, the Teamsters Union representing trucking employees pushed to keep AB 5. The union stood to gain new membership from gig workers, and trucker drivers would gain new rights from their employee status. App-based driver companies and owners of trucking companies, however, would suffer under this bill.

Faced with the prospect of paying workers minimum wage and providing benefits, these Uber and others banded together to support carve-outs for Proposition 22, which would allow them to continue to classify drivers as independent contractors. The proposition provided several conditions (using conditionals) that would exempt drivers from employee status. For example, the first substantive legal passage of the proposition uses three conditionals:

“Notwithstanding any other provision of law, including, but not limited to, the Labor Code. . . an app-based driver is an independent contractor and not an employee or agent with respect to the app-based driver’s relationship with a network company if the following conditions are met.”

Here, the “notwithstanding” applies to other sections of the California law that could conflict with Proposition 22; it signals carve-out.

Figure 2 maps the average number of conditionals throughout the United States. With South Carolina’s 176 and South Dakota’s 8, average conditionals differ widely by state. This variation in legislation complexity along with business applications presents an opportunity for regression analysis.

FIGURE 2: Average Number of Conditionals per Section of Code by State

When regressing 2012-2020 business application growth rates on average conditionals in state codes, one finds a statistically insignificant relationship (0.14 p-value). This relationship becomes even less significant when considering additional covariates. Including all three independent variables, one finds a 0.82 p-value for conditionals, 0.37 for average sentence length, and 0.32 for Shannon Entropy.

This analysis loosely suggests that regulation complexity may not play as important a role as often perceived in cultivating entrepreneurship and new businesses. Despite meaningfully changing business models, carve-outs may have little impact in new business growth over the medium term. Despite additional compliance costs, the lengthy sentences and sections of state codes may not discourage new business entry over the long run.

A statistical analysis of state code is particularly challenging because of the sheer mass of pages written in each state. Thus, computers must scrape imperfect metrics for complexity for researchers to analyze. Additional research in categorizing which conditionals pertain to major carve-outs with economic implications and which are less relevant might yield more conclusive results. Further, a panel study that explores changes to regulations in a given state over time may offer new insights.