Skip to content
HomeElectionsWhich Newspapers Will Litter the Convention Floors?

Tell me what you read and I’ll tell you who you are. – Martin Heidegger

It is by now widely understood that the American media audience is highly segmented by political affiliation. Those who watch Fox News tend to be conservative. Those who listen to NPR tend to be liberal.

We bring you a gorgeous visual representation of this media landscape based on a survey of 2000 Californians between June 3rd and June 19th. We asked each respondent to rate the two major political parties on a scale of 0 (hate) to 100 (love). We also asked for their preferred news outlet. The following graphs show, for the followers of each news outlet, how they rate each party.

Perhaps the most interesting results concern readers of the Wall Street Journal, a business page whose editorial board has been traditionally conservative but has offered uneven support for President Trump. While WSJ readers’ ratings of the Democrats are largely confined to the lower half, they run the entire gamut on Republicans, from rapture (100) to revulsion (0). 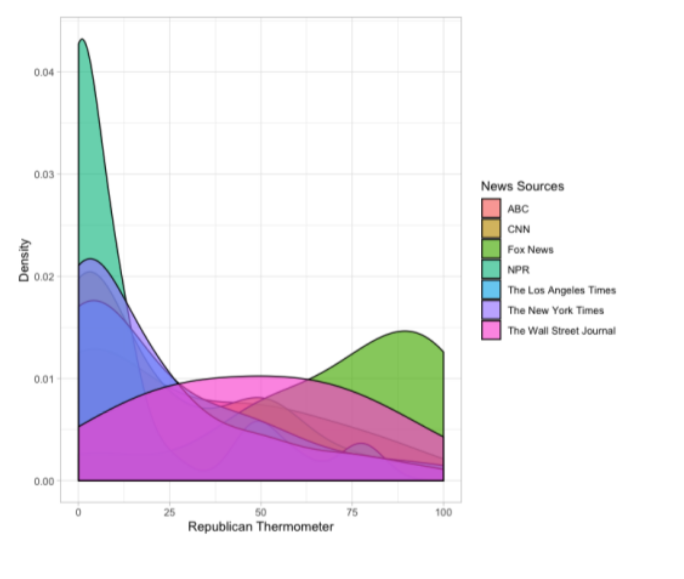 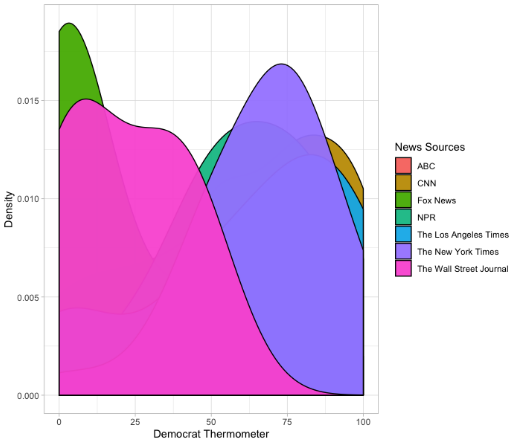